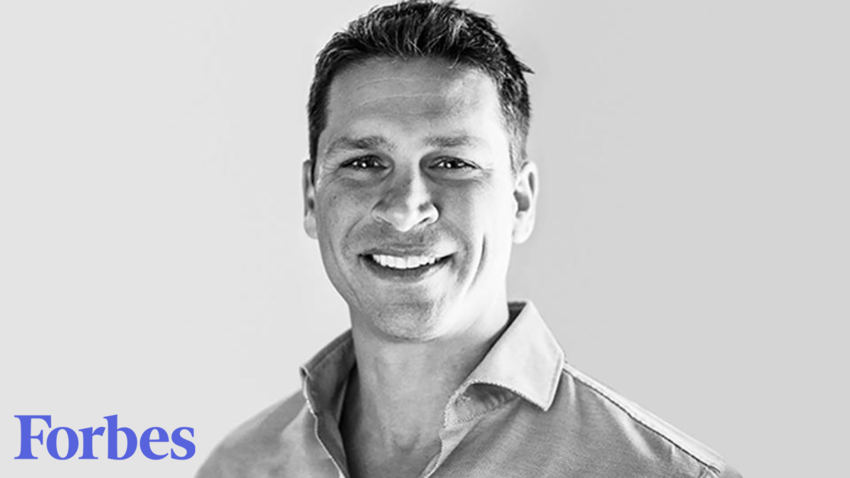 A series of interviews with innovators operating at the intersection of consumer behavior and business transformation: Huntley Ritter, Founder and CEO, USeek

Bruce Rogers: Tell us about USeek and how it came about?

Huntley Ritter: Back in 2011, my production company Stafford was running the branded entertainment business for Virgin Produced the entertainment and marketing arm of the Virgin Group where I sat as President. We created lots of campaigns for Virgin and non-Virgin brands including the award-winning FAA safetydance video for Virgin America. It was during my tenure there that I started to realize that the video ad experience was broken; you can create all this great content, but it doesn’t matter if no one is really watching it, and proof of that has always been a moving target.

The labor, cost and the brain power that went into creating the content was huge, but the opportunity for viewers to engage with it was very low. We could always buy views, and the question became what's the definition of a view? What quality is it? And who are these people viewing it? These questions continued to stick with me and I thought there must be a better way to deal with this. And at the same time, I wanted to figure out how to monetize certain kinds of entertainment content that I was dealing with.

One day, while I was sitting in the doctor's office awaiting an appointment, I noticed three reading options on the table; Golf Digest, Women's Health, and Where's Waldo? I remember thinking, I hadn't seen Where's Waldo? since I was a kid, so I picked it up.

What was fascinating is that it now included Starbucks, Holiday Inn and other brands sprinkled throughout the search. I found myself engaged and having fun and it led me to think, "Why are we not making ad content more fun like this?"

I then started working on this “Where’s Waldo” concept of a more interactive, fun video ad experience back in 2011. We launched USeek in 2015 with a beta launch in partnership with the University of Montana. We served coupons and offers and rewards after completed videos and we found that people loved it.

We took what we learned, changed a few things and then went to the broader market in 2016. What we've created is a 100 percent lean-forward, opt-in, rewards-driven video ad experience that gives the control to the user. We found that we were able to increase video completion rates and prove they're actually watching the ad because by using data points in the video we know are being physically touched.

Rogers: So where are you headed now?

Ritter: We’re moving into the tourism industry. That industry has a big challenge because most destination companies want to communicate with people and capture people's information, but they also want people to see and experience the music, beauty and fascination of tourism.

So, you've got performance marketing in one area that captures data and brand media in another area. Our plan is to bridge those two together, so we can prove they watched it, target them correctly, as well as collect opt-in data.

Ritter: If you hit me with a pre-roll ad, I put my phone down. Yet advertisers are being charged, despite the fact that my eyes aren't watching it. With USeek however, we can prove they watched content. The viewer has to complete it, they have to engage with it, they have to interact inside the video and when it’s over so we get multiple touch points.

Rogers: What can you say about the business is now?

Ritter: The focus has been building and perfecting our technology because when you're a new player to the market you've got to be stronger and faster. You don't get a second chance.

The main focus is taking this complicated video ad ecosystem across an ever-changing landscape and not have any issues. But overall, the company is looking great; I use a bootstrap model because that's how I always have started my companies.

Rogers: So, you don't have funding?

Ritter: We have raised capital with super angels, but we’ve been careful not to over value the company early and have resisted taking in too many outside investors. I recall a meeting in the Bay Area where anexec at one of the large media startups said to me, "This is Silicon Valley. Money is made to be raised, not earned." And that is something I absolutely do not subscribe to.

Rogers: Do you still consider yourself more in the startup phase?

Ritter: Yes, but we already have prominent customers in the entertainment industry, telecom, food / beverage and tourism. We are working with publishers to show how can we reduce ad fatigue and provide a better user experience with an increased ad unit. We integrate brands into content and guarantee that they have to be touched.

Rogers: Do you actually guarantee that?

Ritter: Absolutely. We don't charge unless the interactions take place.

Rogers: Is it a service or a platform that people license? Or some combination?

Ritter: It's a technology marketing platform that includes extraordinary service. Our goal is to make marketer's lives easier. The last thing media agencies and the marketing departments need is another SaaS platform they have to license.

Ritter: We're headquartered in Whitefish, Montana. I love Montana and it's a great place to raise a family. I'm super out of the box and I don't like of conform. I have always thought, "Why do I have to be in Palo Alto to do this?" I'm building to a P&L versus a market cap raise every quarter.

Rogers: How many employees do you have?

Ritter: We have 15 full time and then we have, with contractors that we work with we're about 30. And part of our full-time team is overseas, in Poland.

Rogers: What are your hopes and dreams of what USeek could become?

Ritter: I am focused of building something that's disruptive and solves the problems I was dealing with myself. Originally, when I started developing creative, I was just going to use it for our own business. And then I realized this is a much bigger market and problem.

We are hoping to make interactive engagement inside all content the new normal.

Rogers: Tell us about your personal journey to build USeek?

Ritter: I grew up in Atlanta and was working odd jobs to get through college. One day I saw an ad for extras on a TV show. I didn't know what an extra was, but it paid $10 an hour and I was doing some landscaping in the Georgia heat for $8. Long story short, I got the part and I found it fascinated to watch how this whole system worked.

So, with all enthusiasm and naivety of a 21-year-old, I headed to Hollywood. I didn't know anything about the odds in making it in that business but what I was really interested in the ecosystem of entertainment production.

I went to Hollywood in January of '99. I had no agent, I had no SAG card and I had a really strong, Southern accent. But I would wake up every morning at 5am. I took all my headshots to a list of studios, producers and productions. I hustled. Within about five months I had landed an agent, I had landed a recurring role in a soap opera, a TV pilot, and a music video.

And then I booked "Bring It On," a major motion picture from Universal Pictures.

When I was doing "Bring It On" in San Diego, I pulled my chair up next to one of the main producers and said, "Hey, I really want to be a producer. I'd love to shadow you if that’s ok." He jokingly replied, "Why? You have the cushiest job in the world. You're one of the main actors in the movie." But after some back and forth, he agreed to let me learn directly from him.

That producer was Mark Abraham who at the time was president of Beacon Communications, a company that had just produced 'Air Force One' with Harrison Ford and 'Spy Game' with Brad Pitt. These were huge movies. He was a great mentor.

On my days-off I started formulating how to start my own production company and shortly after "Bring It On," I eventually set up a movie deal that sold to Paramount Pictures as my first contract.

I moved onto the physical production and agency side of the house at Stafford, which I still have. We started doing short form advertising campaigns and we began working with Comcast sales teams to come up with creative pitches and packages while dabbling with e-com click through technologies. All of this eventually led to the idea for USeek.